Oh painting with your new wonders! What can have no real existence comes into being and painting, aping reality and diverting itself with a strange art, turns the shadows of things into things and changes every lie to truth.

Trompe l’oeil, at its best, subverts our expectations. When pushed beyond pure verisimilitude, it forces us to shift our perspective both intellectually and physically. Every Lie to Truth brings together four artists whose work has this rare ability. For them, trompe l’oeil is a strategy to engage the viewer in the deeper discussions with which they are concerned. Truth, futility, loss, and fallibility are the subjects here, operating beneath the illusory surfaces so skillfully composed. Rachel Granofsky, Kirk Hayes, Colin Hunt, and Meredith James urge us to question what it is that we are looking at and why. In doing so, we accept every lie in order to arrive at the truth behind it.

Rachel Granofsky (b. 1980) uses materials such as paint, charcoal, and tape directly on surfaces of architecture, furniture, and household objects to reshape domestic environments for the fixed view of her camera lens. The camera’s collapse of pictorial space gives a sense that the final photograph has been painted over, when in fact it is the physical space itself that has been manipulated. Granofsky exposes her process by leaving brush strokes and tape seams visible and in doing so, she exposes the construct and failure of photography to capture truth. Granofsky received her BFA in Photography from Pratt Institute, New York, NY in 2003 and her MFA from California College of the Arts, San Francisco, CA in 2013. She has exhibited in group shows in South Africa, Germany, Sweden, Canada, the U.S.A. and Brazil, and was awarded artist residencies at Lighthouse Works (2018), Ox- Bow (2017), Skowhegan School of Painting and Sculpture (2015) and Greatmore Studios, South Africa (2011). In 2019 she was an artist in residence at the Drawing Center’s Open Sessions program in New York City. She currently leads art workshops for incarcerated youth on Rikers Island, both in New York City.

Kirk Hayes (b. 1958) pushes trompe l’oeil to an almost metaphysical degree. What appears as Modernist assemblages of discarded wood, torn cardboard, and rusted metal are in fact meticulous accumulations of oil paint. Every dent, crease, and chip in the surface is so skillfully worked it belies the dark humor at the heart of every painting. Hayes’ characters and objects are autobiographical stand-ins who are continually left scorched, beaten, and otherwise downtrodden by unseen events. That Hayes spends months flawlessly articulating every imperfection turns each painstaking painting into a meditation on futility, like a Sisyphean task dreamed-up in the animations of Chuck Jones. Kirk Hayes lives and works in Fort Worth, TX. His work has been featured in exhibitions at the Nerman Musuem of Contemporary Art, Overland Park, KS; the Modern Art Museum, Fort Worth, TX; and The Columbus College of Art & Design, Columbus, OH. His work is included in public collections such as the Dallas Museum of Contemporary Art, TX; The Blanton Museum of Art, Austin, TX; and the Nerman Museum of Contemporary Art, Overland Park, KS. Hayes is a recent recipient of the Joan Mitchell Foundation Grant. His work has been discussed in Art in America and The New York Times, among others. Kirk Hayes is represented by Sean Horton (Presents), Dallas, TX.

Colin Hunt (b. 1973) is a Brooklyn, NY-based artist working primarily in egg tempera and watercolor. His recent series of landscapes of the Avebury stone circle outside of London are more than skillful depictions of the English countryside. For him, the paintings are explorations in the hereafter. Hunt’s process of layering multiple views of each stone in the round, with the stone itself removed in the painting, creates what he calls “portals” between one version of a place and another. The absence of the stone acts as a metaphor for the absence of a loved one and the portal in each painting is a portrait of the void that the loved one has left behind. He writes of the series, “Drawing inspiration from Avebury, a neolithic henge in southern England, these pictures are puzzles of literally what’s not there in a document, reflected over and over for the viewer at the moment of looking. In this way, I attempt to upend the conventions of landscape painting and the sublime to focus on everyday mysteries about death—how we live with it and how the enormity of someone’s life can coexist with the hole of their nonbeing.” Hunt received his MFA from Columbia University and his BFA from Cooper Union, both in New York. His work has been exhibited nationally and internationally in numerous museums and galleries, including the Contemporary Arts Museum Houston, TX; Teckningmuseet, Laholm, Sweden; The Brooklyn Museum, NY; The National Academy of Design, New York, NY; Triumph Gallery, Moscow, Russia; ZieherSmith, New York, NY; Artist Space, New York, NY; White Columns, New York, NY;  and Vox Populi, Philadelphia, PA. In 2011, he was the inaugural resident at the Galveston Artist Residency in Galveston, TX. His work has been featured and/or reviewed in a number of publications including New American Paintings, The Brooklyn Review, The New Yorker, and The New York Times.

Meredith James (b. 1982) works in video, sculpture, and theater to explore mechanisms of perception and the fallibility of observation, in order to reveal the surprising and disorienting potential in the world around us that is both narrative and physical. By incorporating familiar domestic objects, often utilizing them as the contained setting for very small-scale interiors, James' work vacillates between the surreal and the routine. What is visually impossible is now found in the everyday. As sculpture, James gives this paradox a physicality and explores new means of pictorial storytelling. James received a BA from Harvard University in 2004 and an MFA from Yale University in 2009. James has exhibited across America and internationally. This year she was named as one of the 2016 Sharpe-Walentas Studio Program Awardees and last year received the Queens Museum/Jerome Foundation Fellowship for Emerging Artists. Additional notable accolades and fellowships include Skowhegan School of Painting and Sculpture in New York, The Bemis Center for Contemporary Arts in Nebraska, Lighthouse Works in New York, Abrons Art Center in New York and Socrates Sculpture Park in Long Island City. Meredith James is represented by Jack Hanley Gallery, New York, NY. 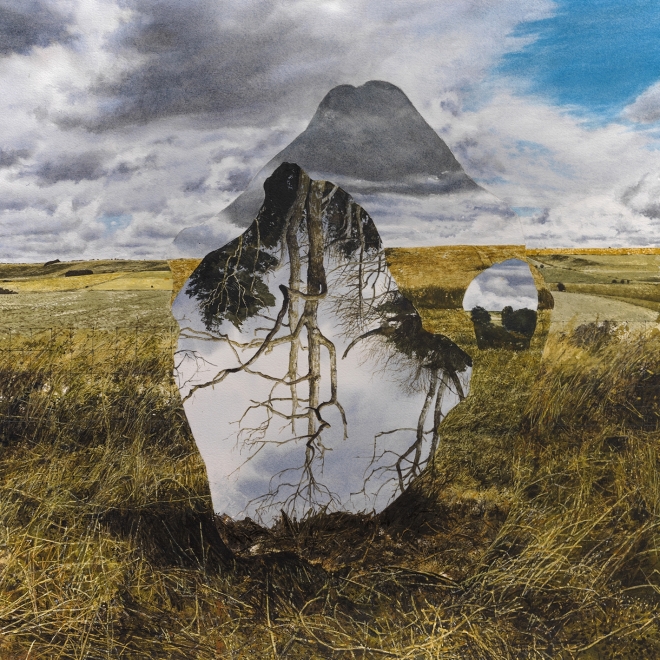 Colin Hunt
Back To Top