Hirschl & Adler Modern is pleased to introduce Lily Cox-Richard with our first exhibition for the artist. The Stand: Possessing Powers opens Thursday, February 13, 2014. A series of six full-scale, carved plaster sculptures is shown for the first time in its entirety. Together with related drawings and cast objects, this work makes a strikingly contemporary visual statement even as it purposefully sources its imagery from 150 years in the past.

Lily Cox-Richard (b. 1979) belongs to a growing movement in contemporary American art that seeks a dialogue with our cultural and artistic past by reaching well beyond the by-now familiar confines of the modern era. Instead she and others explore the aesthetic sophistication and mixed social and moral messaging of the 19th century with admiration and pointed critique. Cox-Richard's compellingly beautiful and ghostly plasters do not merely reference the work of American neoclassical sculptor Hiram Powers (1805-1873). Rather she revisits and remakes his most celebrated figural pieces, including Eve Tempted, Greek Slave, The Last of the Tribes, with painstaking fidelity to the original but for one glaring omission – the figure itself.

For Cox-Richard, the support elements in Powers' full-length allegorical works prove central to their meaning by playing a dual role as both the structural and narrative support. She proposes freeing these elements from the first role to more fully reveal the second. As the artist writes, “I wrestle and reframe the allegories, leaving support systems in place even as I call into question the very things they were intended to support: racialized stereotypes, idealized versions of gender and oversimplified national allegories. Rather than reproduce or erase these problematic figures and their layered histories, I advocate for their complicated presence and renewed visibility.” The results are astonishingly fresh sculptural forms born out of deft hands and art historical rigor. Through these works Lily Cox-Richard uncovers the poignant relevancy of this country's distant past.

Four of these works were shown in the past year at the Second Street Gallery in Charlottesville, Virginia and at Vox Populi in Philadelphia. Her most recent sculptures, The Stand – Eve Tempted and The Stand – Eve Disconsolate, debuted last fall at the Institute for the Humanities, University of Michigan, Ann Arbor. The complete series has not been seen together until now, the artist’s first exhibition in New York.

Cox-Richard received her BFA in 2001 from the California College of the Arts, San Francisco, and an MFA from Virginia Commonwealth University, Richmond, in 2008. She was a resident in the Core Program at the Museum of Fine Arts, Houston’s Glassell School of Art, as well as at the MacDowell Colony in Peterborough, New Hampshire, Kompact Living Space in Berlin, and others. She has received numerous grants, including a Smithsonian Artist Research Fellowship and a postdoctoral fellowship at the University of Michigan’s Society of Fellows. She has recently returned to Houston and to Glassell’s Core Program as their critical initiatives coordinator.

Lily Cox-Richard, The Stand: Possessing Powers opens on Thursday, February 13 and runs through Saturday, March 15, 2014. Located in the landmark Crown Building at the corner of 57th Street and Fifth Avenue, Hirschl & Adler Modern is open Tuesday through Friday, from 9:30 am to 5:15 pm, and Saturdays from 9:30 am to 4:45 pm.

For additional information or images, please contact Tom Parker at 212-535-8810 (phone) / 212-772-7237 (fax), or by email at TomP@HirschlAndAdler.com. Please visit our website at www.HirschlAndAdler.com for an online preview of the exhibition. 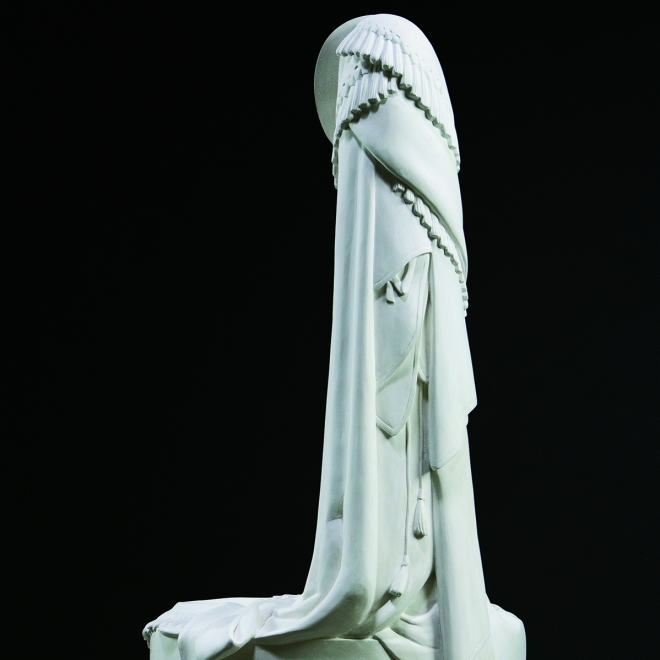 Lily Cox-Richard
Back To Top