And the Days Are Not Full Enough

Described as the “author of a dappled infinite,” Robert Natkin (1930-2010) created some of the most innovative color abstractions of the late-twentieth century.  Populated by stripes, dots, grids, and an array of free-floating forms, his light-filled canvases are sensuous, playful, and visually complex, representing “a unique formal universe of unparalleled beauty.” Hirschl & Adler Modern is honored to present And the Days Are Not Full Enough, a career-encompassing exhibition and the artist’s first with the gallery. Important examples from each of Natkin’s major bodies of work are on view to celebrate the artist’s fifty-year commitment to pushing beyond the rigid boundaries of form and brushstroke and into the realm of what the artist himself referred to as the “inner narrative” of a work.

Loosely arranged in chronological order, And the Days Are Not Full Enough allows the cyclical nature of Natkin’s career to be understood. The painterliness of early works like Warfare and Yours and Mine owe much to the popularity of Abstract Expressionism, however it is evident even in these early paintings that the artist’s talent lies in his arrangement of color. Presented alongside those more expressionistic canvases are examples of Natkin’s next two bodies of work, the Apollo and the Straight Edge & Step series. Gone are the free-form, improvisational strokes of the late 1950s, replaced by more rigid divisions of space. Also noticeable is Natkin’s heightening sense of color and light, which become a major focus in his next series, the Field Mouse paintings. Begun in 1968 and based on a poem by Ezra Pound which deals with the fleeting nature of time, the Field Mouse paintings represented a new stage in Natkin’s development: moving away from the cool and contemplative approach of the Apollo works and toward a more intricate style. Indebted to the artist Paul Klee, the Field Mouse paintings depict diamonds, polygons, ovals, squiggles and other shapes against textured, delicately toned backgrounds with dots and daubs of pigment and areas of crosshatching, exemplified by his monumental canvas The Beloved.

After visiting the Paul Klee Foundation in Bern, Switzerland in 1977, Natkin embarked on the Bern series, which finds the geometric and biomorphic shapes of his earlier Field Mouse pictures on expanses of strong, saturated primary colors applied using rags and sponges soaked in paint. The impact of Bern’s visual language cannot be overstated. It informs Natkin’s work for the rest of his life, beginning with his next series, the Hitchcock paintings. Begun in the early 1980s, the Hitchcock series is Natkin’s most identifiable series. With weekly trips to the movie theater as a young child, Natkin became a cinema devotee and an ardent admirer of Alfred Hitchcock. In describing his own series, Natkin pointed out how the director succeeded, despite the playfulness of his films, in depicting and romanticizing the complexities of the human condition. Like Hitchcock, Natkin believed pleasure and beauty were forever intertwined with mystery and paradox. These qualities can be found in Magician, in which seemingly weightless forms merge, mingle, and intersect with one another to evoke moments of joyous exuberance, while darker, heavier color and forms move in and out of space.

In the crowded field of postwar abstraction, Robert Natkin's lifetime exploration of color and light set him apart. Celebrated in his lifetime even as abstraction fell in and out of favor, Natkin remained committed to his vision and produced cohesive and challenging work throughout his career. With 25 works on view, And the Days Are Not Full Enough continues this celebration and marks the beginning of an exciting new chapter for the artist and for Hirschl & Adler Modern.

Born in Chicago in 1930, Robert Natkin began his studies at the Art Institute of Chicago in the early ‘50s. Seeking further opportunities to show his work, Natkin moved to New York City in 1959, and was represented by Poindexter Gallery and later André Emmerich. Along with his dedicated studio practice, Natkin taught at the Pratt Institute in Brooklyn, NY while continuing to show in solo exhibitions throughout the country and abroad, most notably at the Tokyo Ginza Art Center (Tokyo, Japan), the Hirshhorn Museum & Sculpture Garden (Washington, D.C.), the Foire Internationale d'Art Contemporain (Grand Palais, Paris, France), the Art Institute of Chicago (Chicago, IL), and the Aldrich Museum of Contemporary Art (Ridgefield, CT). Additionally, Natkin was featured in a number of important group shows, such as Young America (Whitney Museum of American Art, New York, NY) in 1960, New Talent (Institute of Contemporary Art, Boston, MA) and Carnegie Biennial (Carnegie Institute of Modern Art, Pittsburgh, PA) in 1961, Lyricism in Abstract Art (Washington Gallery of Modern Art, Washington D.C. and the Institute of Contemporary Art, Boston, MA), and Ways and Means (Houston Museum of Fine Arts, Houston, TX) in 1962. Natkin’s paintings were included in several exhibitions at the Solomon R. Guggenheim Museum (New York, NY) from 1973 through 1980. The Butler Institute of American Art (Youngstown, OH) held a retrospective of the artist’s work in 1997. Natkin’s work can be found in esteemed public collections throughout the world, including the Solomon R. Guggenheim Museum (New York, NY), the Art Institute of Chicago (Chicago, IL), the Smithsonian American Art Museum (Washington, D.C.), the Brooklyn Museum (Brooklyn, NY), Centre Pompidou (Paris, France), Harvard University Art Museums (Cambridge, MA), Los Angeles County Museum of Art (Los Angeles, CA), The Metropolitan Museum of Art (New York, NY), the Museum of Fine Arts, Houston (Houston, TX), Whitney Museum of American Art (New York, NY), and the Museum of Modern Art (New York, NY). After leaving New York City in 1970 with his family, Robert Natkin lived and worked in Redding, CT, until his death in 2010.

This exhibition is accompanied by a 12-page catalogue, with 10 full-color illustrations, a statement by the artist’s daughter Leda Natkin Nelis, and a biographical essay by Carol Lowrey, Ph. D.

Robert Natkin And the Days Are Not Full Enough opens at Hirschl & Adler Modern on Thursday, September 28 and runs through Saturday, November 11, 2017.  Located in the landmark Crown Building at the corner of 57th Street and Fifth Avenue, Hirschl & Adler Modern is open Monday through Friday, from 9:30 am to 4:45 pm. Beginning on Tuesday, October 3, the gallery moves to its regular hours of Tuesday through Saturday, 9:30 am to 5:15 pm. Please note the entrance to the Crown Building has been moved around the corner to 3 West 56th Street. We apologize for any inconvenience. 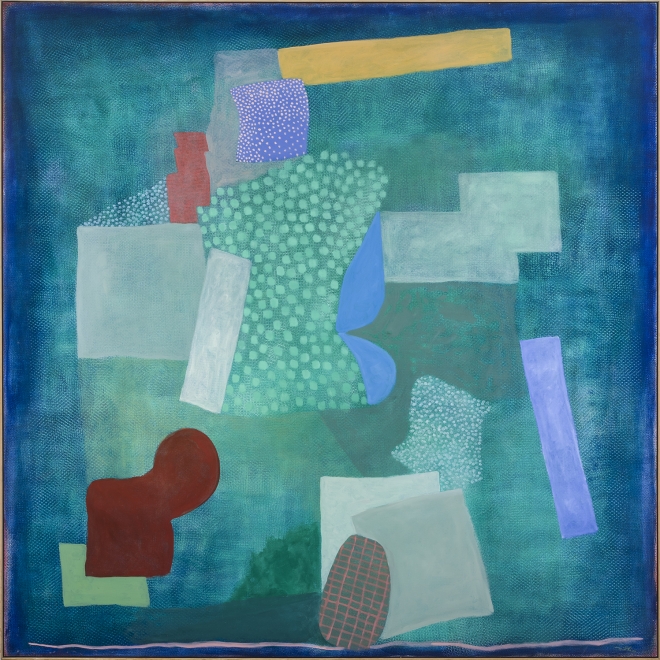 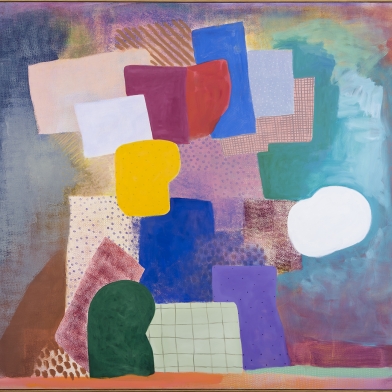 Sarah Cascone of Artnet News lists Robert Natkin And the Days Are Not Full Enough as one of the "24 New York Gallery Shows That You Need to See This October!"

View More
Back To Top