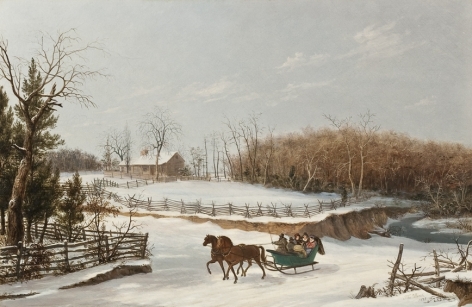 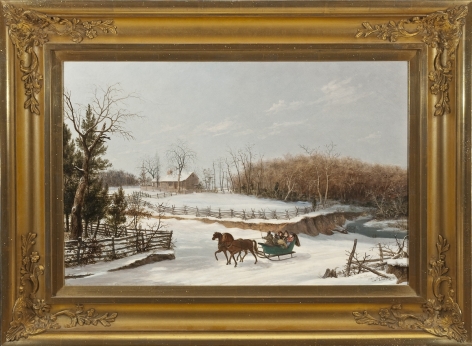 Birch painted a number of winter scenes, such as The Sleigh Ride, a charming view of a mid-winter outing. As in the nautical works, Birch focuses on convincingly conveying topographical details while also displaying an interest in atmospheric effects. It is the beguiling subject matter that makes The Sleigh Ride such a delightful example of early American landscape/genre painting. Two similar works, on the same size canvas and with the same compositional elements are in the collections of the Philadelphia Museum of Art and the Winterthur Museum, Garden, and Library.