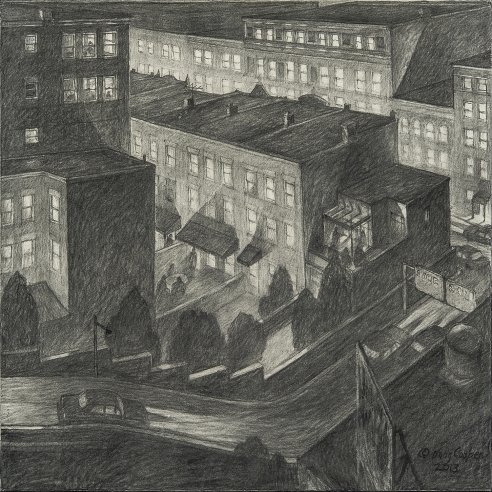 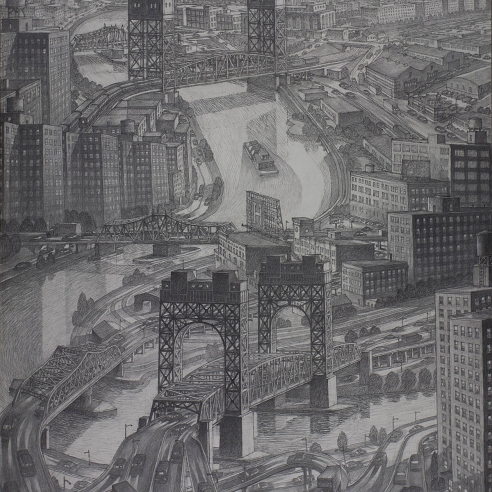 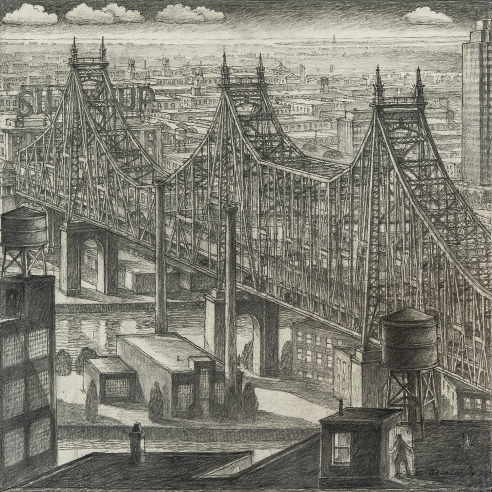 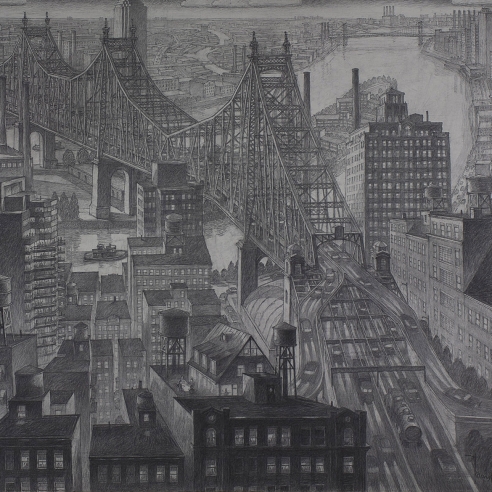 Douglas Cooper was born in 1946 in White Plains, NY. He earned an undergraduate degree in Architecture from Carnegie Mellon University in Pittsburgh in 1970, where he has taught drawing in the School of Architecture since 1976. He is the author of a well-known text on the subject, Drawing and Perceiving. He has had solo exhibitions of his work at galleries in Cologne, Frankfurt, New York, Pittsburgh, Seattle and Washington, DC. For the last 15 years he has focused on large panoramic murals (up to 200 ft. long and 15 ft. high) in courthouses, markets, and university centers worldwide. In these projects he has sought opportunities for collaboration with other artists and local residents to incorporate their life stories into the works with drawings in their own hands and with stories in their own languages. Cities where his murals are located are: Frankfurt, Doha, New York, Philadelphia, Pittsburgh, Rome, San Francisco, and Seattle. He has written a memoir, Steel Shadows, on his mural work in Pittsburgh. In 2000 he was honored by the AIA at its national convention for the contribution of his mural work to the field of architecture.