The first comprehensive exhibition in America of works by the recluse artist, poet and philosopher Frank Walter (1926-2009) of Antigua will open at Hirschl & Adler Modern on Thursday January 7, 2016. More than seventy examples of painting and sculpture will be on view, many before the public for the first time.  This self-taught artist spent years living in a small cabin high above Antigua’s remote Ding-a-Ding Nook. His death brought to light a remarkable trove of paintings, sculpture, photographs, and constructions, along with at least 25,000 pages of his writing, that reveal a talent and intelligence not fully appreciated or understood during his lifetime.

Born to a family of both African and European origin, Walter’s mixed ancestry complicated his sense of identity, a struggle that shaped both his art and life. He enjoyed an elite upbringing that nurtured his keen intellect and led to notable success as a young sugar plantation manager, the first Antiguan person of color to attain that distinction. However when his ambitions took him to Europe in the 1950s such qualifications failed to gain traction in the face of that broader society’s discrimination. Traumatically disillusioned by the racism he experienced, he grew increasingly solitary.

Frank Walter was a creative person, and is known to have made art from his childhood days. He worked most often with found materials on which he painted his remarkable landscapes, as well as elaborate visions of the universe and cryptic musings on nuclear energy. Each displays a refined awareness of abstraction and design, and a formal sensibility reminiscent of the twentieth century’s greatest masters. The figure also plays an important role in Walter’s oeuvre, perhaps most arrestingly in his carved-wood sculptures that few have seen outside of his family. These intimate and soulful portraits are imbued with an uncanny human spirit that kept Walter company in his years spent alone. But any discussion of Walter’s art must begin and end with the jewel-like landscapes painted on card stock that is actually the blank side of a Polaroid film package. As if to complete the effect, the artwork is humbly framed inside the spent black metal Polaroid cartridge to which it is naturally suited. It is there that the heart and soul of Antigua plays out on a 4 x 3 inch sheet with vivid colors, nuanced spatial relationships and effortless technique. Other larger paintings are executed on the backs of his own photographs or those he co-opted from his one-time studio mate, a Reuters photographer. If the “Polaroid” landscapes are his travelogue works – his plein air notations while on the go – then these 8 x 10s are his more finished “studio” pieces, his fully realized compositions intended for a much dreamed of retrospective exhibition that never happened.

When he returned to Antigua the society in which he had enjoyed his early success was literally in the process of disappearing, and worse, his dearly held Anglophile values were held to mirror those of the reviled colonial masters.  In hindsight, it is probable that Walter suffered from previously unrecognized emotional vulnerabilities that rendered him incapable of coping with a shifting reality of seismic proportions. Walter’s early eccentricity gave way to reported hallucinatory episodes and ultimately to a belief system based on a number of fixed delusions that dominated his adult life. He was, in short, rejected everywhere he turned. In his last decades, he mustered his considerable strength of character to make a life for himself on Sugarloaf Mountain living the life of an Antiguan anchorite, his writings and artwork providing a steady commentary on the world as he understood it.

Upon his passing, Walter’s family carefully recorded and conserved as many as 1,500 objects found in his home. The resulting cache of artworks forms a strikingly beautiful panoply of images that stake a claim to Antigua’s firm standing in world culture. Frank Walter was recently selected to represent Antigua at the Venice Biennale in 2017.

For additional information or images, please contact Tom Parker at 212-535-8810 (phone) / 212-772-7237 (fax), or by email at TomP@HirschlAndAdler.com. Please visit our website at www.HirschlAndAdler.com for an online preview of the exhibition. 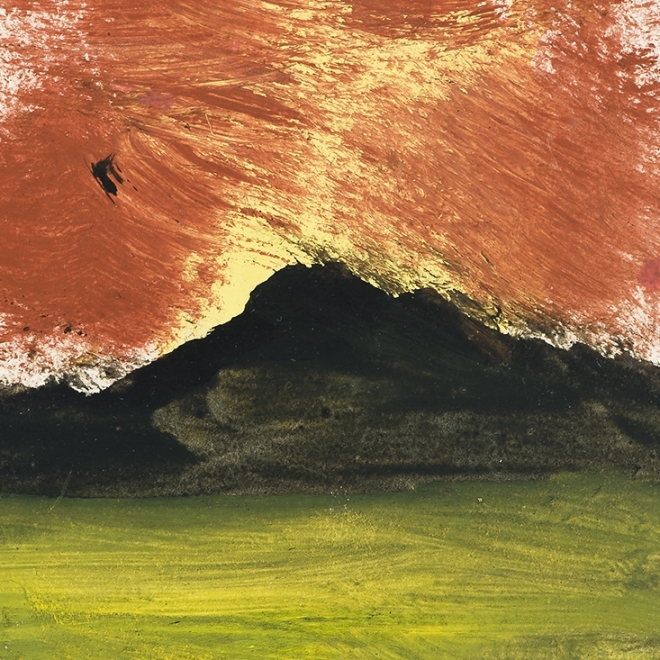 Frank Walter
Back To Top