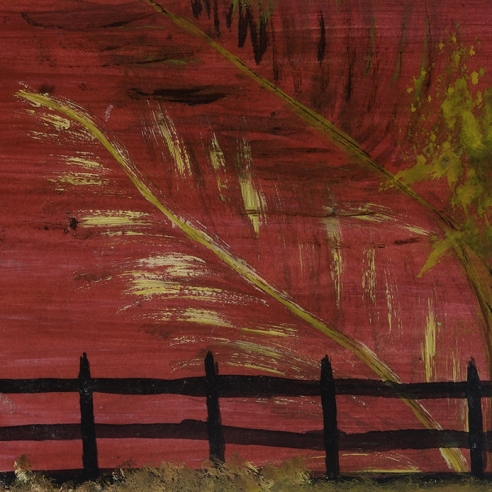 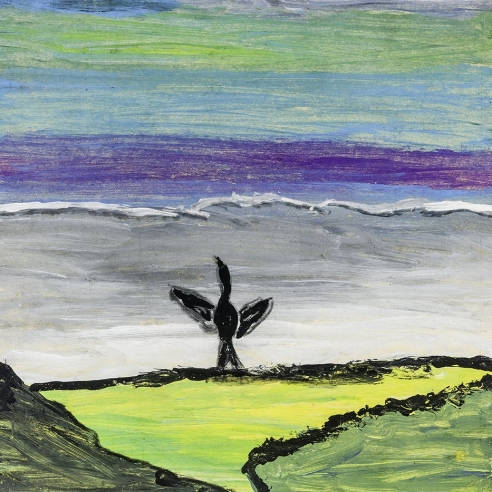 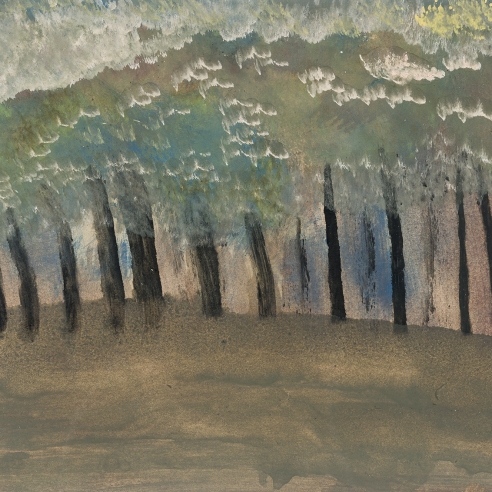 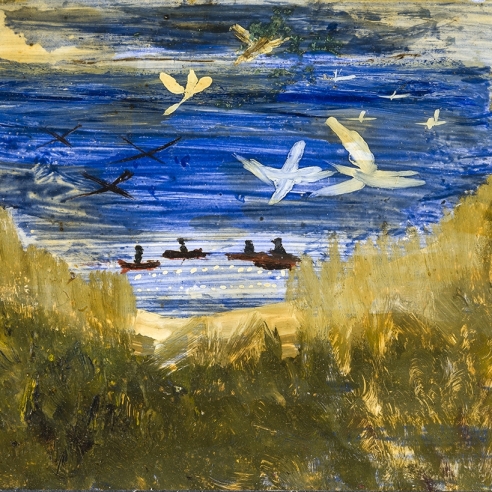 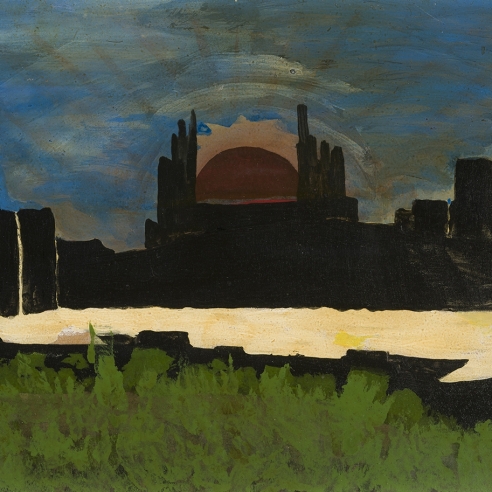 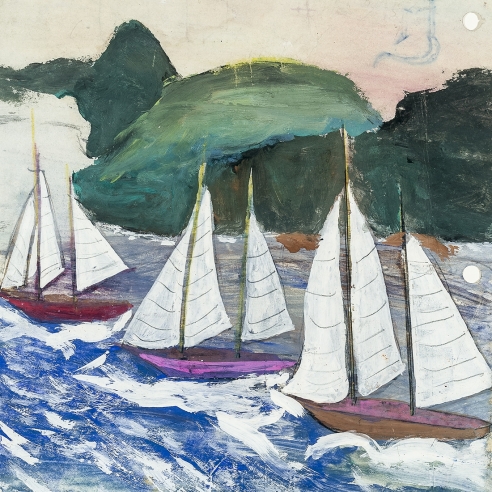 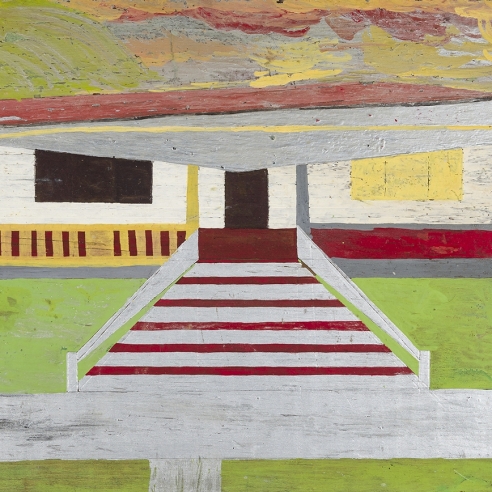 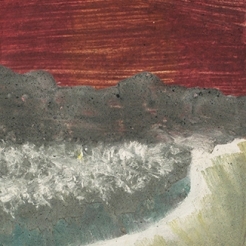 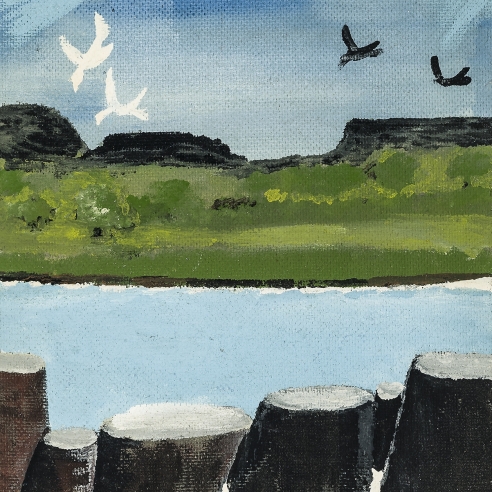 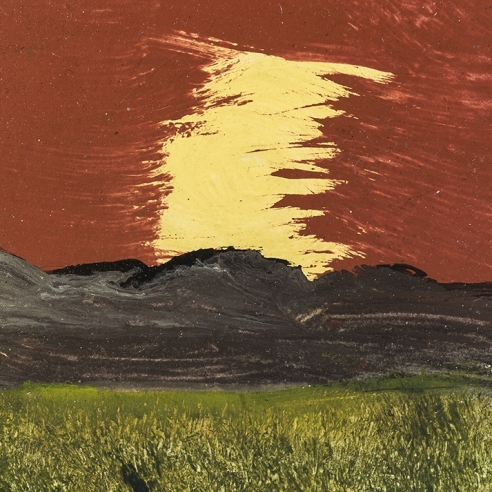 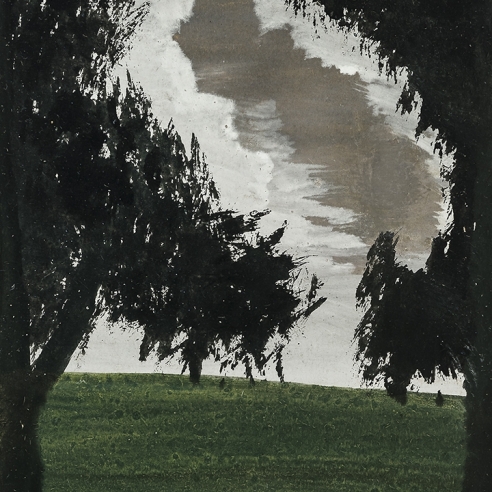 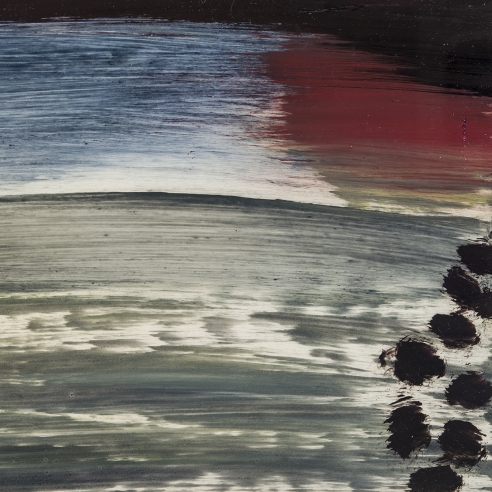 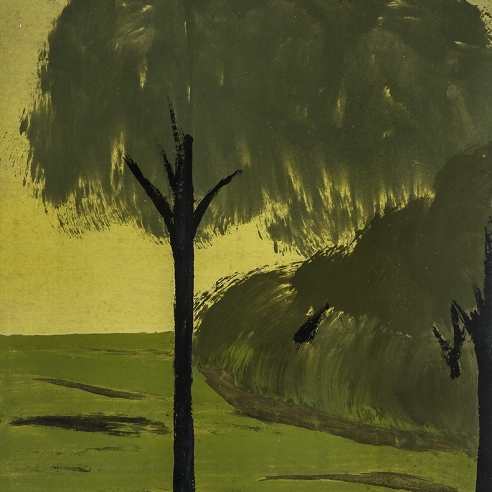 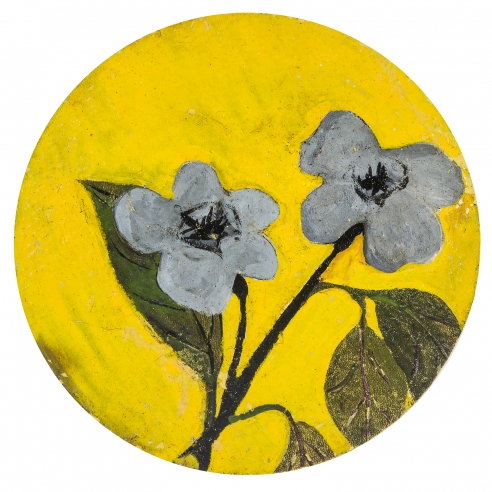 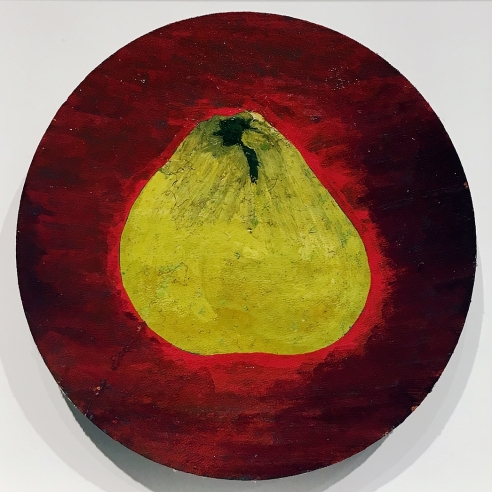 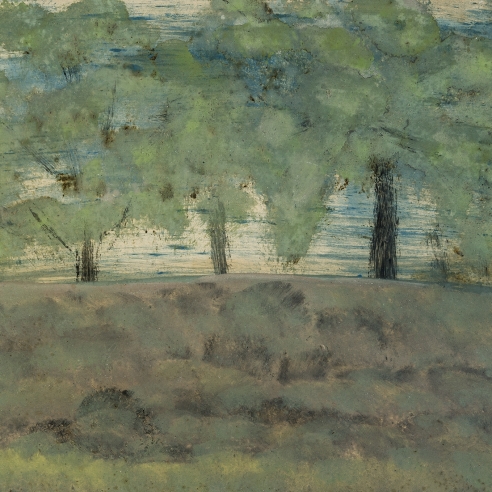 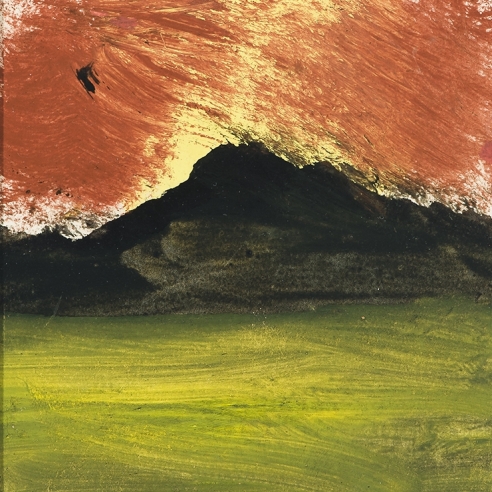 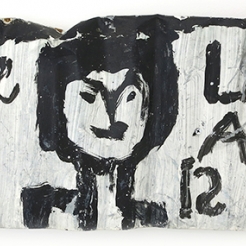 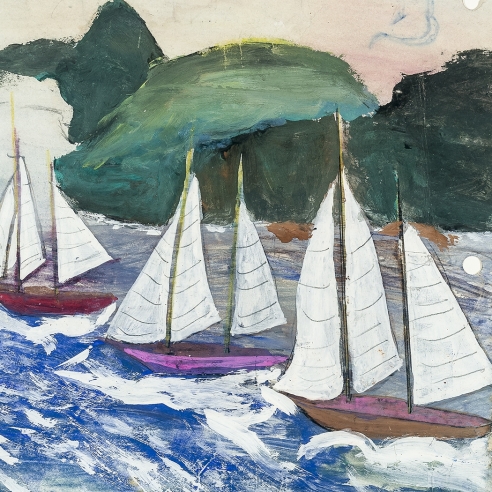 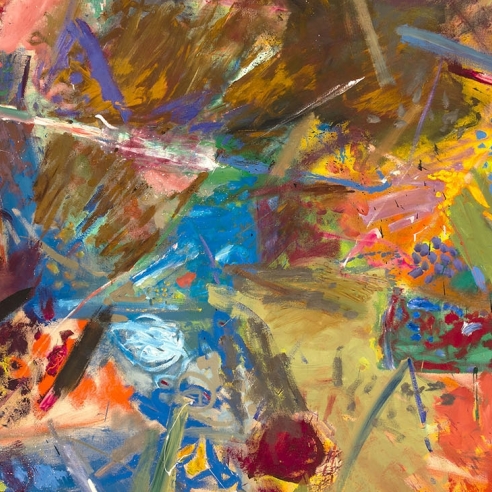 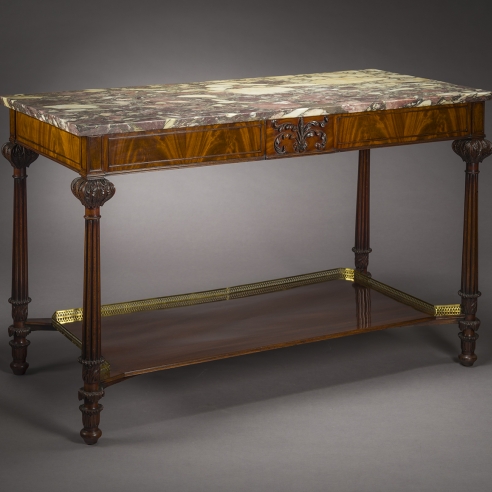 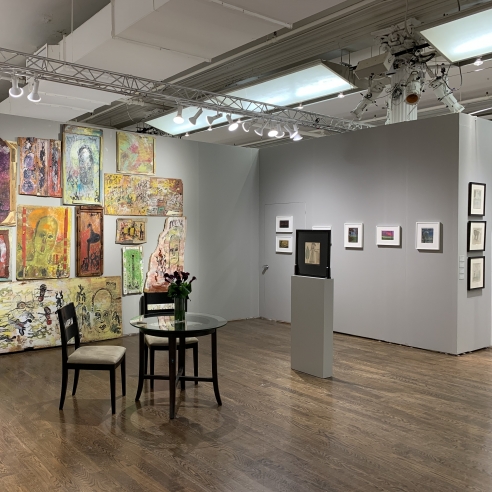 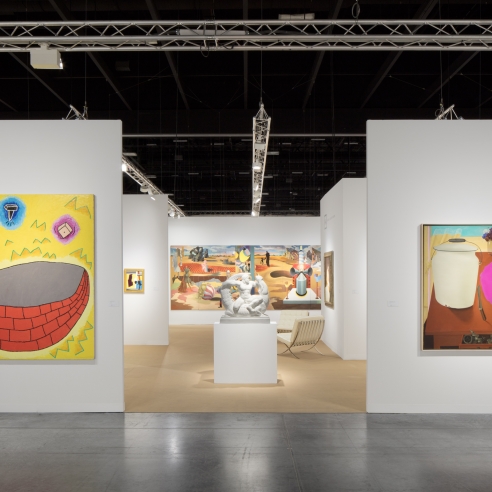 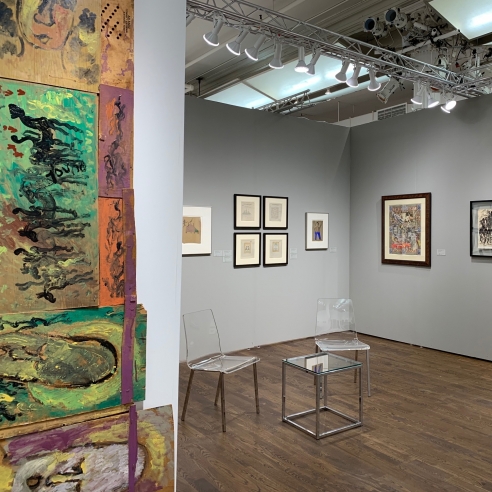 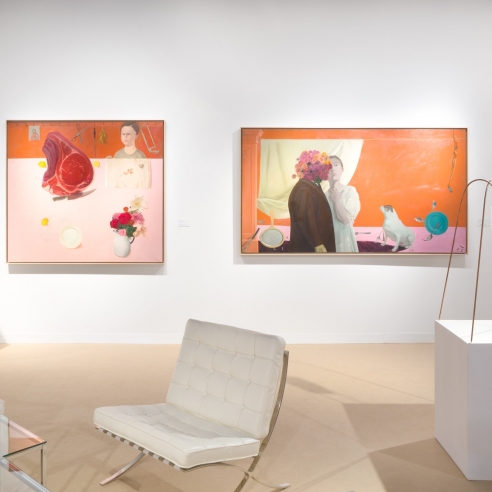 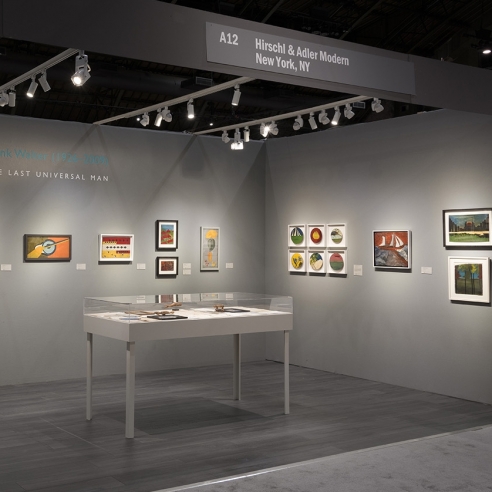 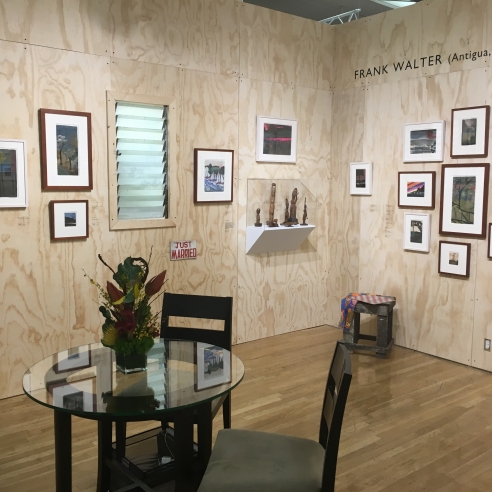 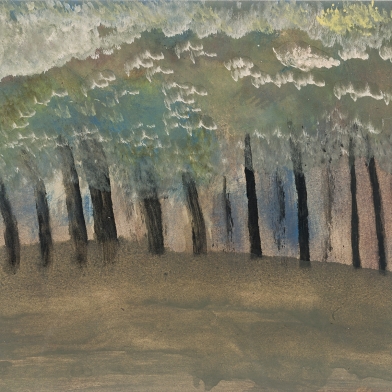 Thank you to Kate Brown for listing the Frank Walter retrospective at MMK Museum of Modern Art (Frankfurt, Germany) in Artnet News' list of 10 acclaimed, but missed, exhibitions! This landmark show was certainly a highlight for both the Walter family and H&A in 2020. Please use the link below to read all of Kate's comments on the show and to see the entire list of exhibitions.

I sadly missed a major retrospective on Frank Walter at MMK in Frankfurt am Main—an fascinating subject in any year, but a show that felt even more urgent during this summer of resurgent Black Lives Matter protests... 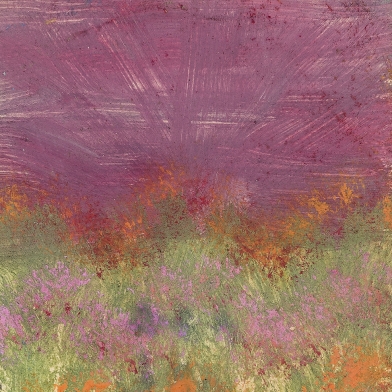 The first major museum retrospective of the artist's work opens May 16, 2020

Congratulations to the Walter family and all of those associated with the Estate of Frank Walter on the opening of this massive exhibition! Special thanks for Barbara Paca for her tireless efforts on behalf of Frank Walter, and to Susanne Pfeffer for organizing such an important survey of the artist's work.

Walter’s creativity had an unbelievable intensity, which one can see, feel, and sense in his work. It was only in art that he felt liberated: free of the brutality that lay in normative attributions, which was a permanent presence beyond his artistic work. Frank Walter believed that creating art was an inherently subversive act, and one that uniquely enabled him to assert the right to lead his own life, as determined and defined by himself.

The work of the native Antiguan and Barbudan artist Frank Walter (1926–2009) encompasses numerous paintings, drawings, sculptures and writings, that will here be on view in a museum for the first time.

The artistic heritage of the island nation of Antigua deepened dramatically with the recent emergence of its native son Frank Walter—reclusive artist, writer, philosopher and poet. Walter’s death in 2009 brought to light a remarkable trove of his paintings, sculpture, photographs, and constructions, along with at least 25,000 pages of his writing, that reveal a talent and intelligence not fully appreciated or understood during his lifetime. Walter chose to spend his last decades isolated on a hilltop, living modestly in a self-built house. Upon his passing, Walter’s family carefully recorded and conserved as many as 1,500 objects found in his home. The resulting cache of artworks, most being seen publicly for the first time, is a strikingly beautiful panoply of forms and imagery that stake a claim to Antigua’s firm standing in world culture.

Frank Walter’s art, like his life, was deceptively simple, full of straightforward truths and complex contradictions. He was a keen observer of humanity though he spent much of his life alone. He was at once a common sign painter and a visionary abstractionist; a small-time photographer whose passport photos were also deeply penetrating portraits; a collector of discarded scraps, torn and creased, on which he would paint a sunset for the ages.

Walter worked most often with found materials on which he painted remarkable landscapes, as well as elaborate visions of the universe and cryptic musings on nuclear energy. Each displays a refined awareness of abstraction and design, and a formal sensibility reminiscent of the twentieth century’s greatest masters. The figure also plays an important role in Walter’s oeuvre, perhaps most arrestingly in his carved-wood sculptures that few have seen outside of his family. These intimate and soulful portraits are imbued with an uncanny human spirit that kept Walter company in his years spent alone.  Whimsical signs and innovative, artfully constructed toys bear witness to the artist’s indomitable creativity.

But any discussion of Walter’s art must begin and end with the jewel-like landscapes painted on card stock that is actually the blank side of a Polaroid film package. As if to complete the effect, the artwork is humbly framed inside the spent black metal Polaroid cartridge to which it is intrinsically suited. It is there that the heart and soul of Antigua plays out on a 4 x 3 inch sheet with vivid colors, nuanced spatial relationships and effortless technique.

Other larger paintings are executed on the backs of his own photographs or those he co-opted from his one-time studio mate, a Reuters photographer. If the “Polaroid” landscapes are his travelogue works—his plein-air notations while on the go—then these 8 x 10s are his more finished “studio” pieces, his fully realized compositions intended for a much dreamed of retrospective exhibition that was not to be, until now.