Hirschl & Adler Modern is proud to present Tempo, the first solo gallery exhibition at Hirschl & Adler by internationally-recognized sculptor María Elena González. The Cuban-born artist interweaves the conceptual with a strong dedication to craft in her complex installations and poetic arrangements, exploring themes like identity, memory, and dislocation. Her ongoing, multi-media project “Tree Talk,” which creates music for the player piano by transcribing the markings on birch trees, was presented as a solo exhibition in conjunction with the 31st Biennial of Graphic Arts at Ljubljana, Slovenia (2015). Hirschl & Adler Modern later mounted portions of “Tree Talk” as a monographic presentation at the 2016 ADAA Art Show in New York to critical acclaim.

Riffing off of her celebrated “Tree Talk” series, González’s newly created works in wood, porcelain and synthetic concrete simultaneously function as both sculpture and musical instrument. In Tempo, González explores the translation between the physical and the acoustical. The artist addresses the inherent sound of the materials, and makes sound a material for sculpture. Pushing the iconography of the “Tree Talk” series into new territory, the artist focuses on the central component of the series – the player piano roll – as an object and underlines its parallel to the birch tree. The unexpected aesthetic connection between the piano roll and the tree is what initially inspired González to take on the “Tree Talk” series, and Tempo finds her circling back to the beginning. Through works on paper, video, sculpture and installation, González expands the language of “Tree Talk” to encompass the most important and most abstract aspect of the project – sound.

Works like Chromatic Scale (Xylophone) and Clave embody the spirit of the exhibition. Both pieces are presented as instruments through scale and display, however upon reflection one realizes that the instruments are made of cast synthetic concrete in the form of player piano rolls. Either acting as keys of a xylophone or as percussive sticks, the rolls shift from being a representation of music to being able to actually perform music. González further plays with the idea of sound as a physical property by casting the player piano roll itself, turning a musical “score” into an object – a sculpture, no less. Layered within these pieces and others included in the exhibition are ideas of function and of art, fine art and craft, industrial and domestic. A work like Vitrine pushes the visual language of “Tree Talk” further with its collection of handmade, porcelain objects. Long, thin, delicate sculptures appear as unmarked birch trunks or as elongated piano rolls, while squat, voluptuous folds of porcelain read as paper or as flora, all within the same round, steel and glass structure. Sensual and scientific, Vitrine moves nature towards abstraction.

Witnessed together, the works in Tempo continue to illustrate María Elena González’s multi-faceted approach to unlocking the markings of a birch tree in order to create music. But what becomes apparent through this diverse exhibition is that González is unlocking the literal and figurative connections between art and nature. That process of thinking and exploring through art-making is fundamental to María Elena González because it is, in her own words, a way towards something new.

Over a career spanning thirty years, María Elena González has won the Prix de Rome (2003) and the Grand Prize at the 30th Biennial of Graphic Arts at Ljubljana, Slovenia (2013). She was a Guggenheim Fellow (2006) and has been awarded grants from numerous organizations including the Pollock-Krasner Foundation, the Joan Mitchell Foundation, the New York Foundation for the Arts, and the Penny McCall Foundation. She has served as the Sculpture Commissioner for New York City’s Design Commission and has also taught at Cooper Union School of Art, Skowhegan School of Painting and Sculpture, and San Francisco Art Institute among others. In 1999, González received widespread acclaim for her site-specific sculpture Magic Carpet/Home, commissioned by the Public Art Fund, and another site specific work titled You & Me (2010), commissioned by Storm King Art Center. In 2017, González’s work will be featured in Home-So Different, So Appealing, to be presented by the LA County Museum of Art (LACMA) and organized in collaboration with the Museum of Fine Arts, Houston [As part of the Getty- funded Pacific Standard Time exhibition program]. Additionally, in 2017, her work will be exhibited at the Museum of Latin American Art (MOLAA), in Relational Undercurrents: Contemporary Art of the Caribbean Archipelago. González’s work can be found in numerous public collections including the Kunstmuseum Basel, Switzerland; Museum voor Modern Kunst, Arnhem, The Netherlands; Museum of Art, The Rhode Island School of Design, Providence, RI; The Museum of Arts and Design, New York; and The Solomon R. Guggenheim Museum, New York. Tempo is González’s first solo gallery exhibition with Hirschl & Adler Modern.

This exhibition is accompanied by a full-color, large format brochure with an essay by Julia P. Herzberg, Ph.D.

María Elena González  Tempo opens on Thursday, February 9 and runs through Saturday, March 18, 2017.  Located in the landmark Crown Building at the corner of 57th Street and Fifth Avenue, Hirschl & Adler Modern is open Tuesday through Friday, from 9:30 am to 5:15 pm, and Saturday, from 9:30 am to 4:45 pm. Please note the entrance to the Crown Building has been moved around the corner to 3 West 56th Street. We apologize for any inconvenience. 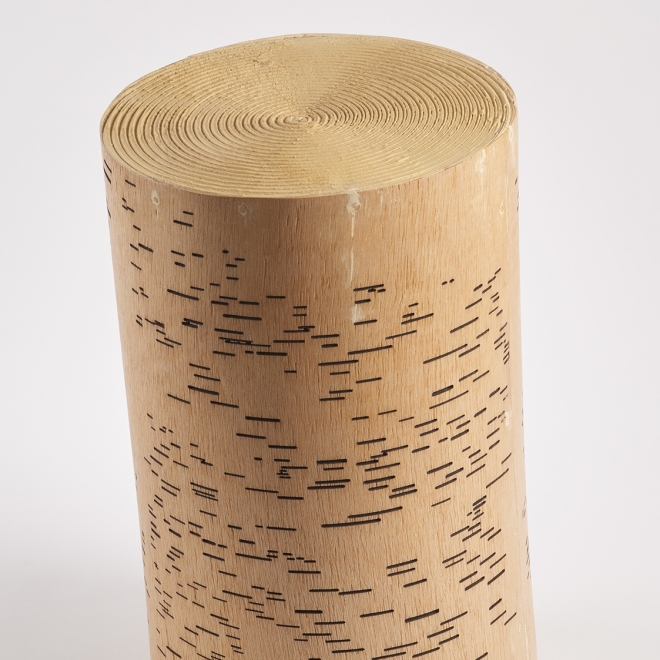 María Elena González
Back To Top